So I find that I not-infrequently read books that I just don’t have a lot of things to say about.  Sometimes it’s because it was a super meh book (most of these are 3/5 reads), or sometimes it’s because it was just so happy that that’s about all I can say about it!  However, since I also use this blog as a sort of book-review diary, I like to at least say something.  So I’ve started a monthly post with minireviews of all those books that just didn’t get more than a few paragraphs of feelings from me.

Don’t You Cry by Mary Kubica

Honestly, it’s just been a while since I finished this book, and it isn’t super memorable to me.  It was a decent read that kept me interested, but even after I found out the answers I wasn’t convinced that the villain’s motives made a whole lot of sense.  Still, it was engaging while I was reading it, and while I’m not planning to hunt up more of Kubica’s books, I’m open to reading another one if someone has a recommendation.  For this one, 3.5/5 and kinda recommended.

NB: This book was originally added to the TBR thanks to two separate reviews – one from Cleopatra Loves Books and another from Reading, Writing and Riesling – be sure to check them out! 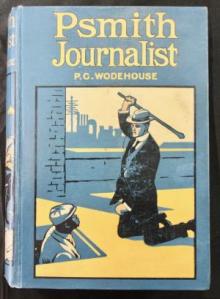 I’m attempting to read all of Wodehouse’s works in published order, but it’s made somewhat extra difficult by the fact that Wodehouse published both in the US and the UK, sometimes at the same time, or sometimes earlier in one place or the other.  Sometimes books have the same title in both countries and sometimes different titles.  And then to keep things really interesting, some books didn’t get published in other country at all, and instead Wodehouse would recycle part of a book from one country and incorporate it into a book that was only published in the other.  Of course now, a hundred years later, I can get all the books no matter where they originated, but pinning down an official and definitive “order of publication list” has been difficult, although I am doing my best.

But really, that’s all just rambling side notes.  The actual point is that Psmith, Journalist is one of my favorite Wodehouse titles.  I just love this story so much.  A lot of people find Psmith to be obnoxious, but he’s one of my favorites, and this entire story with Psmith helping another fellow run a newspaper makes me laugh every time I read it.  Definitely recommended – “Cosy Moments will not be muzzled!”

The Viking’s Chosen by Quinn Loftis 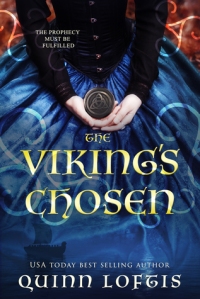 This is a book I would never have picked up on my own, but because it came in a book subscription box, I thought I would give it a try.  It ended up being an engaging read that I overall enjoyed, but it ended on such a major cliffhanger that it basically felt like the book had just stopped in the middle of the book.  This probably wouldn’t annoy me quite so much if book #2 had already been published, but it HASN’T so I suppose I will just have to bide my time.

Still, overall an interesting story with decent characters, and a pleasantly not-full-of-sex-and-swearing plot.  3.5/5.

NB: This was published by Clean Teen Publishing, which I had never heard of.  What’s nice is that they actually have a content rating for the book, showing the level of swearing, violence, and sex you can expect in the book.  I honestly wish all books would do this!

The Mystery of the Empty Room by Augusta Huiell Seaman 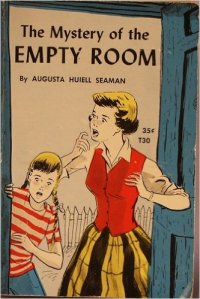 This is an old Scholastic Book Club paperback that has been on my shelf for years.  I thought I had read it once, but reading it this time did not ring any bells, so it’s possible that either had never read it before, or found it completely unmemorable!  It’s not really a book that sticks with you, although it’s perfectly entertaining.  There was a lot of fun and intrigue, but I did feel like a lot of the story revolved around the fact that the characters weren’t actually communicating with one another, so everyone had a piece of the puzzle and things didn’t come together under everyone finally collaborated.  Still, an easy 3.5/5 for a somewhat dated but still pleasant story. 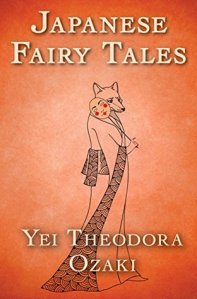 I picked up this collection of 22 traditional Japanese fairy tales as a free Kindle book a while back.  I really enjoy reading fairy tales from different cultures, and was intrigued to see what kind of stories would emerge from an eastern culture.  Like all short story collections (and, let’s be honest, fairy tale collections), there were some stories that were stronger than others, but they were all interesting in their own right.  None of them emerged as stories I loved, but I could definitely see some of them turning into longer and more involved tales.

Like most western fairy tales, there were a lot of evil stepmothers (apparently they are universally hated) and a lot of random – and sometimes quite violent – deaths.  Also talking vegetables, children who arrive inside of various pieces of produce, evil badgers, and a dragon king who rules under the sea.

While I don’t see myself returning to these stories time and again, they were fun for a one-time read.

An Odd Situation by Sophie Lynbrook 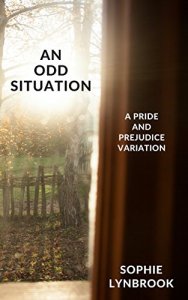 In this P&P retelling, Darcy is thrown from his horse on his way to Netherfield.  Because he has a head injury and is in a coma, he is moved to the closest house – Longbourn.  Despite the fact that he is an unknown stranger, the Bennetts take him in.  The doctor recommends that he not be left alone, and that people talk to him/in the same room as him because some studies have shown that people with these types of injuries respond well to outside stimulation.  The doctor also tells them that Darcy (at this point a John Doe) may or may not be able to hear what everyone is saying.

Of course, Darcy can hear what everyone is saying, and this story involves him listening to all of the many conversations that swirl around his sickbed.  Throughout, he comes to realize that he’s a bit of a snob, and also comes to value the various members of the Bennett family, even the obnoxious ones.

Overall, this was a pleasant and engaging retelling, although weirdly passive.  The entire story is from Darcy’s (third person) perspective, and since he’s in a coma most of the time, there isn’t a lot of action.  It would have been nice to get some idea of what Elizabeth is thinking/doing as well.  And while I liked the way Darcy has a lot of self-realizations and makes good resolutions to be a better person going forward, the implication is that Elizabeth is already perfect and has no lessons to learn.  In the original, it’s important for both of them to recognize their shortcomings, and a large part of what makes the story so excellent is seeing them both grow as people.  In this version, only Darcy has to change.

Still, a 4/5 for an enjoyable (and completely clean) variation, and recommended to others who may be addicted to these types of stories. :-D