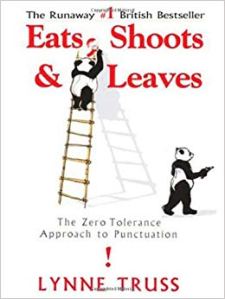 I first read this book when it was published, and it’s one of those rare nonfiction books that I find myself returning to every few years.  Truss is just  so funny.  She tells you in the beginning how to tell if you’ll enjoy her book (have  you ever felt an overwhelming compulsion to add a missing apostrophe to a sign??) and goes on from there.  This isn’t an in-depth study of punctuation, but it is a delightful scamper through the high points of punctuation history and usage.  I always especially love the way she compares commas to border collies (gently herding phrases and words where they need to go), and her passion for apostrophes (so simple to use, yet so frequently maligned).

If you are even a bit of a punctuation freak, this is definitely worth a read.

I’m still slowly working my way through all of Goudge’s books. While Gentian Hill is probably my least favorite of her books that I’ve read so far, it was still beautifully written.  It’s historical fiction, so it’s a bit different from her other books, and it was rather fun to read a book set during the Napoleonic Wars that focused more on “regular” folk instead of the aristocracy.  The language throughout was beautiful as always, and there were many wonderful themes.  The main reason I wrestled with this book is because of how young Stella is when Zachary meets her and knows that she is going to be his wife someday.  I’ll grant that Zachary is also young(ish), but it still felt weird, even though it wasn’t completely unusual for women to get married in their mid-teens at the time.  Still, Goudge handles that all deftly – it never felt like Zachary was a creeper in any way, and I honestly did want them to end up together.  I just felt like the whole story would have read better if Stella had been a couple of years older when they met.

Overall, I still did enjoy this book a great deal, even though I didn’t find it to be an instant classic as I have with many of Goudge’s other books.

Gentian Hill was read #10 for #20BooksofSummer. 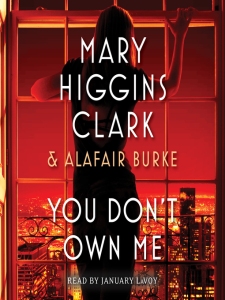 This is the latest installment of the Under Suspicion series, which I read last year.  The series centers on Laurie, who is the producer for a television show called Under Suspicion.  Each episode of the show looks at a cold case, inviting the people involved to tell their part of the story.  The concept is that the unsolved aspect of the story means that people close to the victim are still shadowed by the possibility that they could be the murderer.  I really enjoyed this series when I read it last year, mainly because Laurie is a great main character, and the authors have done an excellent job with the secondary characters as well.  In this book, I was glad to see Laurie’s romantic relationship progress happily.  The mystery was solid, although there was a weird secondary thing going on where Laurie was being stalked that felt superfluous to the main thrust of the story.

One of my biggest complaints about this story last year was how the host for Laurie’s show, Ryan, was the only stagnant character in the series.  The authors just made him into one giant stereotype and seemed to think that was good enough.  Consequently, I was delighted to see actual character growth in Ryan in this installment!  Brilliant!

Overall, these are great mysteries, and I’m hopeful that they will continue coming.

The Story of a Whim by Grace Livingston Hill – 3.5*

Like most of Hill’s stories, this one was pretty predictable, but I enjoyed it nonetheless.  I will say that I found it funny that I had just recently read Strawberry Girl, set in early 1900’s Florida, and then it turns out that that was the same setting for this book as well!

Earlier this year I devoured the entire Kate Burkholder series.  Set in Ohio’s Amish country, this is a great mystery series.  Kate grew up Amish and then left the community and eventually entered law enforcement.  When the series starts, Kate is the sheriff of the small town where she grew up, and also a sort of bridge between the Amish and non-Amish (“English”) communities.  I really, really like Kate a lot, which is a large part of why this series works for me.  Castillo also does a really excellent job in her portrayal of the Amish community, and I love the way that Kate is working through her heritage as well.

This particular installment was solid.  A woman is murdered and her granddaughter kidnapped – I loved the way that each chapter started with how many hours the girl had been missing; it really intensified the urgency of a missing child case.  Overall, the pacing was solid, although it felt like this book didn’t have as much of Kate’s personal life as some of the others have had, and I rather missed it.  All in all, I hope Castillo continues to write these books forever, as I really like them.