Halfway through the year?!  I am so not ready for life to be going this fast!  July 1 is always kind of a mini New Year’s for me, a chance to assess how the year has been going and see what I would like to change for the second half.  This will probably come as a surprise to everyone, but I’m still not doing so great on the exercising front.  :-D

This was a weird reading month because I have just been super busy with household and garden projects.  I haven’t really felt like reading anything particularly serious, so a bunch of my reading involved what were honestly kind of trash Kindle Unlimited reads that I didn’t even bother reviewing haha  It’s basically been like eating a bunch of Skittles, so now that I’m a little nauseous, I think I’m ready to get back to a more regular reading schedule!

However, I do have to say that the gardening work is paying off, thanks to an incredibly rainy month.  June was rather cool and damp, but this past week we switched over to summer in a big way, and it looks like the hot, humid weather is sticking around for a while!

The garden is looking SUPER magical!

I am going with Swallows and Amazons for this one.  This book was just an absolutely delight in every way, and I can hardly wait to get to the sequel. 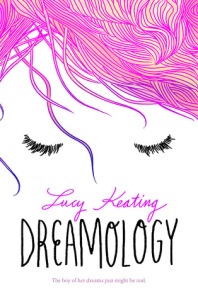 Probably Dreamology by Lucy Keating.  It was a book that felt like it had a lot of potential, but didn’t know where it wanted to go.  And it’s never good when you hardcore prefer the “wrong” guy to the “right” one!

I had three books I didn’t finish this month, two of which were originally on my #20BooksofSummer list, so they’ve been replaced by different titles (more on that later). 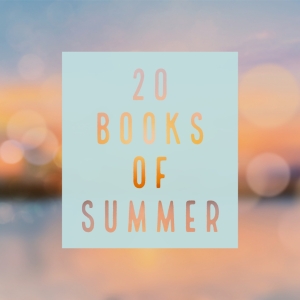 Speaking of 20 Books of Summer, I’ve only knocked five books off the list so far.  After eliminating the two DNFs above, I added The Lady Vanished by Gretta Mulrooney and Three Fates by Nora Roberts.  We’ll see what happens!

The main review I have left to write is for the next five books in the 87th Precinct series.  I actually really enjoyed this set of five – it feels like McBain is seriously getting into his groove.  More on that to come soon!

Just staring Patricia Wrede’s Shadow Magic, which is the first in her Lyra series.  I’ve been meaning to read these for quite some time, so I’m excited to see what they are all about.  I’ve heard that they aren’t as strong as Wrede’s later books, many of which I’ve enjoyed, so I’m trying to keep my expectations reasonable.  I’d also really like to continue reading my Vietnam book, which has been on hold for like three months.

The Probable Next Five(ish) Reads:

Hopefully I’ll get back on track now that I’m feeling all funned out on KU reads!!