The year is flying by!!  April was super busy with lots of good weather, which means lots of getting-outside-stuff for me.  Winter is always so cozy and leisurely, and then spring hits and ALL OF THE THINGS need to get done at once!!  But I actually love getting outside and getting my hands in the dirt, so it’s a good thing.

It’s been kind of a weird month on the blog – just haven’t felt like writing any major reviews, really, so I had three batches of minireviews, plus a batch of minireviews for a new mystery series I started to read.  This always seems to happen to me in the spring, though – just too many other things on my mind!

While I don’t usually like to choose rereads for this slot, I simply have to go with The Night Circus by Erin Morgenstern.  This book was just as magical and perfect the second time around, solidifying its position as a book I want to keep rereading in the future! 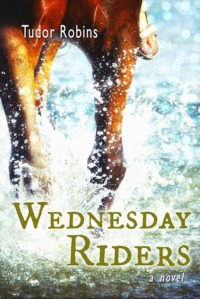 I’ve had a lot of books that left me feeling rather ambivalent this month, but I think Wednesday Riders was the one that dragged on the longest.  I was just soooo bored over the unnecessary angst.

Since I’ve been making more of an effort to DNF books that aren’t holding my attention or that I simply don’t like, I thought I’d mention them here.  In April I managed to make myself DNF five books!  That has to be some kind of record for me, as I’ve always been the type to stick it out to the bitter end, which just isn’t a good use of my time!

I’ve read the next five books in the 87th Precinct series, plus four Pride & Prejudice variations (I’ve been on a kick, although I think I may be coming out of it for now). 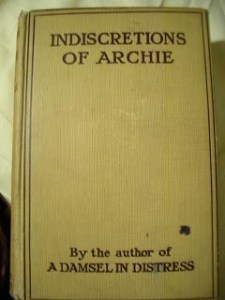 The Indiscretions of Archie by P.G. Wodehouse, and it honestly hasn’t been my favorite of his as the humor is mostly everything Archie tries to do going wrong, which isn’t my favorite kind of laugh – I get secondhand embarrassment too much!!

I’ve technically started (and stalled on) Vietnam: A History, but I do want to pick it back up as well and at least get through the second chapter!

The Probable Next Five(ish) Reads:

I actually did pretty well reading what I anticipated last month, so let’s see what happens with this list!

May should be a busy month – my youngest two siblings are graduating high school, Tom and I are going on vacation (hello, Smoky Mountains!!), and I’m hoping to get all the rest of the vegetables into the garden over Memorial Day weekend (so far – onions, peas, radishes, and lettuces are coming up!).  Here’s to lovely weather and productive days!!  Happy May!