I haven’t been the best blogger lately, but part of the problem is that I’m reading far too many books that are parts of series, instead of individual books.  I like to review series all at once when I finish them (unless a specific book really speaks to me), so I have piles of books I’ve read, that are all waiting for me to finish just one or two books more before they can get reviewed.

Also, I can’t believe how fast summer is going!  July is almost over!  I’m not ready for my life to go by so quickly!  Things have been really busy around here.  I’ve started harvesting and freezing some garden produce, mostly green beans and peppers.  For some reason my tomatoes are ripening very slowly this year.  I have tons of green ones, but they just aren’t kicking over!  I’m actually procrastinating right now, as I really need to go down and do some weeding.  It’s a perfect morning for it, and we’ve gotten some rain, so weeding should actually be a very rewarding endeavor today.

Because I haven’t done very many reviews, there haven’t been a lot of drastic TBR changes.  That also reminds me that I read an article this week that informed me that my TBR is only for books I want to read very, very soon, and should be a very, very short list.  Other books should go on some wishlist far, far away.  So basically my TBR that is hundreds of books in length apparently isn’t a real TBR.  So I thought about that for a little bit and then decided that that’s a bunch of hogwash and my TBR is whatever I want it to be, so here we are! 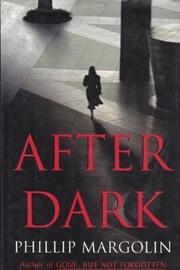 My only review this week was After Dark by Phillip Margolin, which I thoroughly enjoyed.  However, I did weed a few others off the list while picking out the next five books to get from the library:  I’m already committed to reading all of P.G. Wodehouse’s books in published order, so I thought I had removed all of his titles from the general TBR, but I found one still hiding there the other day.  Two other books are actually books in series, so they’ve been moved to the Mystery Series and Series tabs as needed.  I also wrote a minireview for Words in Deep Blue, so it’s off the TBR but you won’t get to read the review until the end of the month.  So, five off!

The problem with reading a book that I really like is that then I want to add more books by that author.  I actually thought that I had added most of Margolin’s books when I read Woman With a Gun last year, but apparently not!  So, somewhat sadly, eight Margolin titles got added!  I also added two books thanks to reviews around the blogs – A Sky Painted Gold by Laura Wood was reviewed by ChrissiReads, and Brewster’s Millions by George Barr McCutcheon, reviewed by The Captive Reader, who often brings older books to my attention.

Total for the General TBR:  852 (up five!  *shakes fist at Phillip Margolin*) 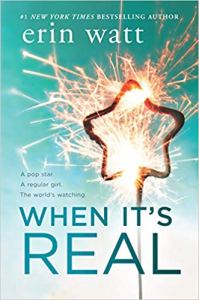 Cheap Kindle books…!!!  I got The Siren Wars by K.M. Robinson for free, which may or may not be how much it ends up being worth; time will tell.  I picked up to 99¢ bargains – Three Day Fiancee by Marissa Clarke, because I can’t resist a good fake relationship trope; and When It’s Real by Erin Watts, because I’ve been meaning to read Watts forever and I have heard a lot of good things about this one in particular.

Two added here – one was a series that got moved over from the General TBR (the Worldquake series by Scarlett Thomas), and other is Brandon Sanderson’s Stormlight books – I hear about Sanderson all the time but have never read anything by him.  I had yet another friend strongly recommend these, so they are finally on the official list! 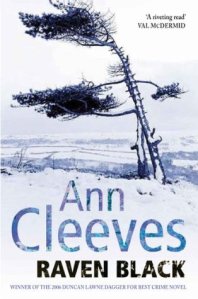 Two here as well – another one from the General TBR (the Tyrone Swift books by Gretta Mulrooney), and the Shetland Island series by Ann Cleeves, thanks to yet another excellent review by Cleopatra Loves Books – she reviewed the first book, Raven Black.

Nothing – I’m still working through the Gardening Mysteries by Mary Freeman, but I’m waiting for Book #3 to come in from the library, so I’ve stalled out a bit.

Total for the Nonfiction TBR:  Holding steady at 76

Grand Total for the Week:  Seventeen added and only five off, so up a net of twelve more this week… I do believe I may be working backwards instead of forwards on this pile!!!  However, I can think of worse problems to have.  :-D  Happy reading!