I haven’t had a lot of books to review this week, so the TBRs will only be on the rise, I fear… 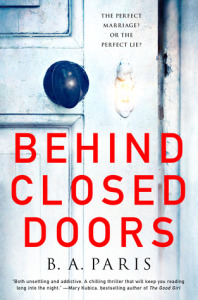 The other two books came from reviews from fellow bloggers.  I was quite taken by Cleopatra’s review of Take Me In by Sabine Durrant, which sounds delightfully creepy.  While I’m not always a fan of domestic thrillers, Bibliobeth’s review of Behind Closed Doors by B.A. Paris left me feeling very intrigued.

Updates to the Personal TBR:

So I have been working on an ongoing project to organize all of my Kindle books.  I have a bad habit of picking them up for free or for 99c and now I own tons of Kindle books and half of them are part of a random series and some of them I’ve started to read but didn’t like but now I can’t remember if I did or not and the whole thing is the kind of disorganized mess that makes my soul shudder.

Determined to address this, I of course created a spreadsheet (two, actually, but that’s besides the point) and have been sifting through every book on my Kindle to find out if it’s part of a series or not, whether or not I’ve read it, whether or not I would ever read it again, and sorting everything into various collections.  I feel SO MUCH BETTER about the whole thing and also feel like I can actually read books on my Kindle and get somewhere.

Well.  All that to say, I didn’t actually purchase any new books this week, but the list did change as I added what is hopefully the FINAL round of books that I apparently own but didn’t have on this spreadsheet before.  I think my Personal TBR spreadsheet now truly has EVERY BOOK I OWN on it in some form!  I did actually get rid of some books from this TBR as well, as I apparently had added books that I intended to download via Bookfunnel that have since expired, and that sort of thing.  I’m also currently reading a batch of my own personal books, so hopefully a few more will actually come off of this list sometime!

So this number did go up this week, but hopefully from here forward it will actually genuinely reflect whether or not I have read or purchased books, and not just that I found another bunch of books that hadn’t been accounted for before!

Updates to the Nonfiction TBR: 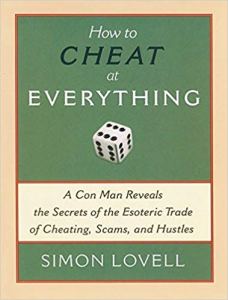 None added, but one off!  I finally finished How to Cheat at Everything by Simon Lovell, which was honestly a very fun and entertaining read.

Total for the Nonfiction TBR:  76