The Second Chance by Joana Starnes – 3*

In this P&P variation, the characters from that classic also meet up with the characters from Sense and Sensibility.  This was a book that I really wanted to like, but just didn’t.  It was boring, there wasn’t really any kind of villain, Darcy spent way too much time wandering around being morose, and the whole book was just kind of choppy.  It wasn’t horrible, but it definitely wasn’t great.

For those who are interested, there is a more detailed review over on my P&P blog here.

Planting With Perennials by Richard Bird – 3* 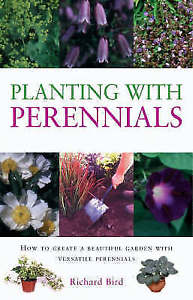 This is a really basic introduction to perennials.  If you literally aren’t even sure what a perennial is, this would be a great place to start.  However, if you’ve worked with them at all, you probably already know most of the information in this book.  There are a lot of photographs and some nice charts.  And since this book doesn’t claim to *be* anything other than an introduction to the topic, I can’t really fault it for being just that.

Ring of Truth by Jaclyn Weist – 3* 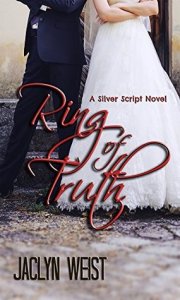 I love a good fake-relationship trope, but I have to admit that this one wasn’t really very good!  While it would have made decent sense for these two people who just met to pretend they were dating, pretending that they were engaged made legit no sense and just created all sorts of unnecessary drama.  I was also confused about why they both acted like they couldn’t make their relationship real…  like… nothing to lose??  You were total strangers a week ago, so even if the other person thinks dating for real is stupid, oh well??  Finally, in the end, they go straight into being really engaged, even though they’ve only known each about three weeks!  What?!

The thing is, despite the fact that this book was thoroughly implausible, I completely enjoyed it!  It was just so innocent and happy.  No sex, no swearing, just purely relaxing and adorable.  I actually really liked the characters a lot, and would have been willing to forgive a lot of the story if they had just started dating in the end (and then an epilogue where they are happily married a year later or something), but leaping straight into being engaged felt ridiculous given the short time frame.

For now, I’m giving the rest of this series a miss, but if I find myself yearning for some quietly innocent romance, I may pick the next one up!

This is Book #2 for #20BooksofSummer!

I recently read and enjoyed The Widow by the same author, so when I saw she had another book with some overlapping characters, I checked it out from the library.  I picked up this book coming off a bit of a slump wherein I basically was reading nothing but terrible P&P variations, so it took me a little bit to get into it, but once I did, I found it engaging but not electrifying.  While I wanted to find out how things were going to come together, there was never really any sense of urgency.  There were also some reveals that felt just painfully obvious but took forever to get to.  In many ways, it felt like it didn’t really matter if the mystery was ever solved or not.

The reporter from The Widow, Kate, is the main recurring character, and I liked her even better in this book.  And while it was fun to read this story with the background of The Widow in my mind, this could definitely be read as its own book with no trouble.  All in all, a 3.5* read.  It looks like Barton is going to publish a third book early next year, so I’ll probably pick that one up as well.  Hopefully it will have a little more zip.

The Possible by Tara Altebrando – 3*

This was a book that came in a book box, so it was a totally random read for me.  I kind of like picking up the book box books, because they get me a little out of my comfort zone.  This one was engaging, but the story was a bit scattered at times, and there was some inconsistency with the characters.  (For instance, the lady doing the interviews is presented in the end as though she is a “good guy,” but at one point earlier in the story she had obviously manipulated what people had said to make things more dramatic/imply things that weren’t true… and that’s never addressed, she just goes back to being a good guy…)  The conclusion was decent, and I definitely was kept unsure throughout the story as to whether or not the ability to control things with the mind was a real possibility.  All in all, I didn’t mind reading this book, but it didn’t inspire to find out what else Atlebrando has written.