Still not feeling the whole blogging thing, so here are some more notes on recent reads.  Part 1 for March can be found here. 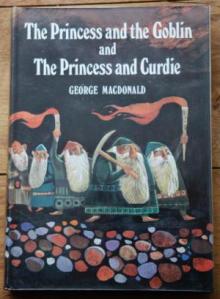 These are a pair of adorable little stories that follow the very traditional fairy tale format of the good being very good and the bad being very bad.  That said, I still quite enjoyed them, especially The Princess and the Goblin.  There is a lot of adventure here and some fun characters, even if the ending of the second book was a bit abrupt.

I also didn’t realize that these books were so old, because the edition I have is both stories in one volume, which was published around 1970.  But it turns out that the original stories are from the late 1800’s!

The Night Ferry by Michael Robotham 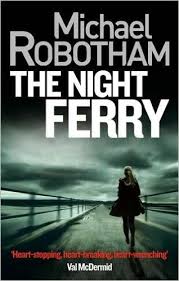 This is technically a standalone novel, but I was quite excited to see my old friend Vincent Ruiz from the Joseph O’Laughlin series make an appearance.  Actually, Ruiz is what kept me reading a lot of this book as it didn’t always completely engross me.  For some reason, I just couldn’t get into the sense of urgency, and I didn’t really like Ali all that well.  Also, Ali has been dating a guy named Dave for quite some time when this book opens, and we continue to see a decent amount of him throughout the story.  But Ali tells us when we first meet him that his nickname is “New Boy” Dave (just like that, with quotations around “New Boy”)… and then proceeds to constantly refer to him as “New Boy” Dave for the entire rest of the book.  I can’t explain why this annoyed me, but it did.  Seriously, does Ali always think of this guy she is really serious about dating/is sleeping with/considering marrying as “New Boy” Dave??  It was SO annoying.   I decided to stop by and talk with “New Boy” Dave on my way home.  What.  Even.

Anyway, the story itself was fine.  I feel like it’s really difficult to write a book about immigrants/refugees without becoming somewhat polemic, and because it is such a complicated and nuanced topic, I don’t always appreciate reading books that turn it into something incredibly simplistic (e.g., all immigrants are precious innocents and if you don’t agree it’s because you are a money-grubbing fat cat), but this book handled the topic fairly well.  All in all, a decent read that I did enjoy, but not as much as some of Robotham’s other books.  3.5/5. 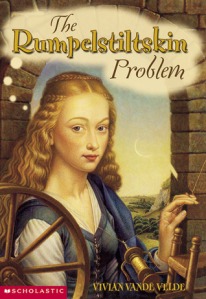 Velde introduces her slim volume of short stories by outlining what she perceives as the big issues with the classic fairy tale of Rumpelstiltskin:  basically, it doesn’t make any sense.  But she then presents five alternative retellings that help make a nonsensical story feel at least slightly more plausible (at least in worlds with fairies and magic).  While nothing earth-shattering, they were fun stories and a quick, entertaining read. 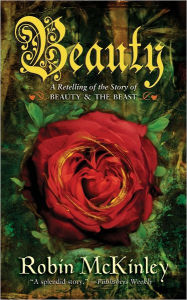 This is an old favorite of mine that I have reread many times over the year.  It’s such a fun retelling of Beauty and the Beast.  A lot of reviewers complain that it’s too slow and that too much time is spent on Beauty’s life before she meets the Beast, but that’s actually the part of this story that I love.  In this version, Beauty’s family is so kind and happy that I would have been perfectly content to spend the entire story just hanging out with them while they adjusted to their new life.  My only real beef with this version is that Beauty spends an inordinate amount of time talking about how plain she is, how ugly, how physically unappealing, etc.  I get really tired of listening to her run herself down, when it’s quite obvious that she just isn’t as stunningly beautiful as her older sisters – probably because she is only fifteen when the book starts and they are in their early 20’s.  Other than that, though, this is a really fun and engaging story, and even if it isn’t action-packed, it has a lot of characters that I love.  4/5.

Rescue Dog of the High Pass by Jim Kjelgaard 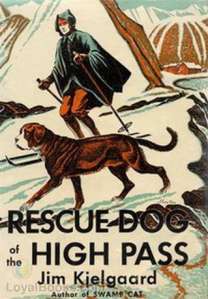 This is one of the rare Kjelgaard books that I didn’t devour as a child, probably because the library didn’t have it.  Recently I acquired it as a free Kindle book, and while it wasn’t my new favorite, it was still an interesting story about Kjelgaard’s theory of the origin of the St. Bernard dogs (an event that is actually lost in the mists of time), which of course involves a young hero and his faithful canine companion.  Nothing amazing here, but an enjoying and interesting little story that I would sometime like to land a hard copy of for my permanent collection.