May was kind of a crazy month, and I worked a LOT of overtime – not a lot of time left for reading (or cleaning, or resting, or thinking…), so I mostly read a couple of children’s series that I already owned, and then started working my way through some of Dee Henderson’s books. 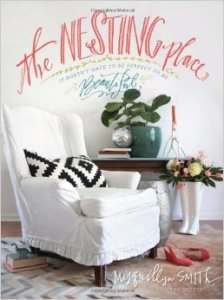 The Nesting Place by Myquillyn Smith – it’s kind of rare for a nonfiction book to be my favorite read, but Smith’s  book was just such a delight and encouragement from beginning to end that I feel like it definitely earns this spot.  I actually read this book throughout April and May as I had time, and ended up buying my own copy so I could highlight parts that were important to me, and pull it out again whenever I want.  This was just a wonderful book about contentment, making your house your home, and having the courage to let your house reflect yourself and your family.

Most Disappointing May Read: 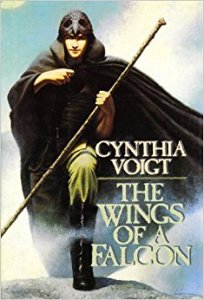 The Wings of a Falcon by Cynthia Voigt – this book was just really weird.  I couldn’t stand the protagonist, who was a total jerk and continued to be a total jerk throughout the entire story.  I wasn’t sure what the point of this book was, as it was very long, disjointed, and rambly. 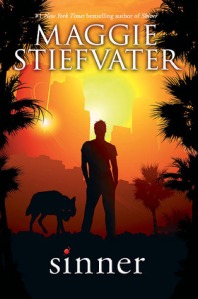 Back in May 2015, my favorite book was one I almost didn’t confess to reading – Forever by Maggie Stiefvater.  Because sometimes the teenage werewolf thing is actually done right.

I had a lot of meh reads that month but nothing I really hated.  I ended up choosing Girl Missing by Tess Gerritsen, which was completely unmemorable for me – I can’t even remember what I didn’t like. 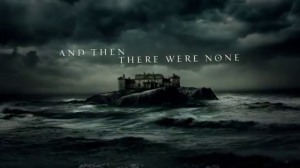 Last year, I was still blazing through every Agatha Christie book ever printed, and it’s still amazing to me how many of them made it as my favorite book of the month.  In May 2016 I read the genuinely brilliant And Then There Were None, one of Christie’s most clever, twisty stories that, despite the fact I had read it multiple times, I read it in one go, staying up until midnight to get to the grand conclusion.

My least favorite book ended up being Todd McCaffrey’s Dragon Harper, which I ranted about at length.  After spending a year+ reading through Pern, it was really disappointing to end with his genuinely terrible, boring books.

So I went through and cleaned this spreadsheet up a bit, mostly sorting books to the tabs where they actually belong (a lot of books on the general TBR were actually series) and getting rid of doubles and whatnot.  I also FINALLY caught up on my emails/blog entries.  This means that the general TBR took a stunning plummet…  but the other tabs took a huge jump…

Still, my editing did give me an overall net loss of 24, which is pretty good for me.

Plus Reclaiming Christianity by A.W. Tozer, and the Spring (#53) issue of Slightly Foxed.

I’ve read five of my books, and eliminated Sins of the Past (which was actually a collection of novellas instead of an entire Henderson novel), so I’ll be adding a title someday (if I get that far haha).