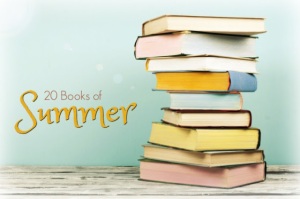 So as my life as been taken over by work, my normally very organized reading schedule has spiraled out of control.  This was mainly due to the fact that I just could not make it to the library regularly.  In the end, I did something I have done only rarely throughout my years:  I returned ALL my library books!

Consequently, my focus has been on books that I already own – and there are plenty from which to choose!  In the last couple of weeks I’ve read Cynthia Voigt’s “Tales of the Kingdom” trilogy, Trenton Lee Stewart’s “Benedict Society” books, and am now working my way through a slew of Dee Henderson books in anticipation of reading an ARC of her latest, Threads of Suspicion.  It’s totally different from the haphazard way that I’ve been jumping around over the last year or so, and in some ways it has been really enjoyable.  But I had also forgotten the pleasure of just sitting and reading straight through a series.

But I only have two weeks left at work (YAY!) and what better way to get back in the reading groove than to participate in the #20BooksofSummer Challenge with Cathy over at 746Books??  You can read the details about her challenge here.

My list will depend a bit on how much reading I get done over the next couple of days, as the challenge does not officially begin until June 1, but here is my tentative list…

The rest of my list is comprised of random titles from the TBR, which has grown significantly since I haven’t been getting to the library…

All in all, I’m excited not just about reading, but about trying to get back into a good blogging groove.  I’ve got a whole stack of books that at least deserve a paragraph of recognition, and maybe sometime soon I’ll do an April/May combined Rearview, since I never did get around to wrapping up April.

In the meantime, I’ll leave with you with a Paisley picture, because she is cuter than ever…