Merry Christmas!!!  As usual, I am writing this post on Saturday to be published on Sunday, by the time you read this I will probably be enjoy a peaceful morning with the husband and the dog, and hopefully you have had a similarly quietly enjoyable holiday weekend.

I’ve caught up on most of the backlog of reviews I had to read, which is a mixed blessing as you all managed to add six more titles to the list…

Despite the fact that I reviewed three books this week from this category, only two of them were officially on the list.  Love Among the Chickens  was not, in fact, on my list.  So, only Crimson Bound and Entreat Me – both fairy tale retellings, actually – got checked off this week.

Only two freebies this week, so I am showing some restraint!

I did read one personal book this week, but I haven’t reviewed it yet.  So – nothing! 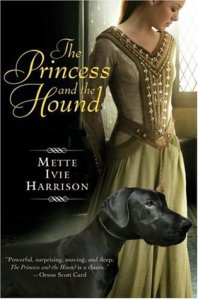 Well, I had another DNF – I got about a third of the way through the second book in the Hound Saga, The Princess and the Bear.  And it was just painfully boring.  I really tried to get into it and just couldn’t.  I may try picking it up again at some point, but I really doubt it, so at this point, I’m just counting the series as a DNF and taking it off the list.

Nothing this week!  So much restraint!

Nothing here, either, but I have started the Joseph O’Laughlin books by Michael Robotham.  I really enjoyed the first book, Suspect, and am about 15 pages into the second book, Lost, which has also started quite well with gunshot wounds, amnesia, and suspicion.

Nothing added here, either.  Whew.

No progress, either, of course.  However, I did finally finish P.G. Wodehouse: A Life in Letters, which was absolutely brilliant and completely fascinating.  But since it wasn’t officially on the list, it doesn’t really knock down the numbers, I fear…

Grand Totals for the Week:  Eleven added and three off, so a total of eight up for the week!