Well, here we are a week into October, and I am just getting around to wrapping up September!  This is mostly due to the fact that we took a fabulous vacation to the Adirondacks for some hiking this past week.  We got in around 40 miles of trails, including the two highest points in New York, and the fall colors were GORGEOUS.

Overall, September was a quietly happy month.  I am totally digging my job at the orchard.  The weather has finally started to cool down, and the leaves are kicking over.  I love autumn!!

I ended up reading a LOT of books last month!  I also decided to start publishing a monthly minireview roundup of books that I’ve read but don’t really need an entire post to discuss.

Somehow, I still haven’t quite brought myself to pick up the final book in the Codex Alera series, although we hiked through a valley this week that 100% made me feel like I was in Calderon, so I think I’m gearing myself up for the emotional devastation that comes from finishing an epic series full of characters that I love. 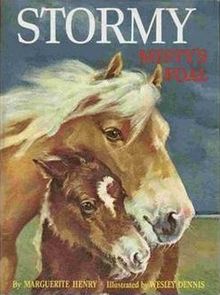 Stormy, Misty’s Foal (by Marguerite Henry) was a lot deeper than I remember it being (which probably makes sense since I last read it when I was about 13.)  This story had a lot to offer, followed a real-life disaster closely, and had many poignant moments – plus it was all illustrated by Wesley Dennis! 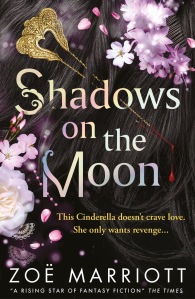 Going with Shadows on the Moon for this one, by Zoe Marriott.  A Cinderella story set in an AU ancient Japan sounded awesome – and the setting was just that – but overall the plot was disjointed, the main character was incredibly whiny, and the author more or less recommended self-harm as a reasonable way to deal with personal problems.  What.  Even. Ugh.

Added to the TBR:

Okay, so I’ve reached this point in my life where I know (KNOW) that the list of books I have to read is ridiculous – but I can’t stop adding to it.  At some point, it’s just reached this thing where I just add every book that I think looks interesting.  A lot of books end up coming off the list without getting read, but the list continues to grow.  So even though I know that I will never actually read all these books… well, there they are.  And with luck, I still have at forty or fifty years of reading ahead, so I suppose it isn’t completely hopeless!  (Just mostly hopeless!)

For those of you who don’t know, I’m weirdly obsessive with organizing the TBR, and have it on a spreadsheet divided into five different tabs (it used to be four, but I decided to separate the nonfiction reading from the fiction):

I was doing really well until I went on holiday and read four books in four days.  Ah well.  That’s what holidays are for, right??  Now six books in the queue –