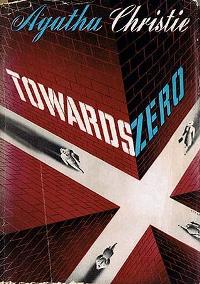 In this crafty Christie, she tells us from the beginning what she intends to do –

“I was thinking, as I say, not so much of the various points of law raised [during the trial] … but of the – well, of the people in the case … Human beings.  All kinds and sorts and sizes and shapes of ’em.  Some with brains and a good many more without.  They’d [the witnesses] come from all over the place, Lancashire, Scotland – that restaurant proprietor from Italy, and that schoolteacher woman from somewhere out Middle West.  All caught up and enmeshed in the thing and finally brought together in a court of law in London on a grey November day.  Each one contributing his little part.  The whole thing culminating in a trial for murder … I like a good detective story … but, you know, they begin in the wrong place!  They being with the murder.  But the murder is the end!  The story begins long before that – years before sometimes – with all the causes and events that bring certain people to a certain place at a certain time on a certain day … all converging towards a given spot.  And then, when the times comes – over the top!  Zero hour.  Yes, all of them converging towards zero…”

Christie goes on to weave her tale.  The murder doesn’t occur until page 124 – better than halfway through the book.  Until then, we meet the people and watch them head towards zero.  It makes the whole story feel uneasy and off balance.  We know that someone is going to die, that someone out of the characters we are meeting is going to be a murderer – but we don’t know who.

Battle rubbed his chin and frowned.

“I wish I knew what keeps putting Hercule Poirot into my head.”

“You mean that old chap – the Belgian – comic little guy?”

“Comic my foot,” said Superintendent Battle.  “About as dangerous as a black mamba and a she-leopard – that’s what he is when he starts making a mountebank of himself!” 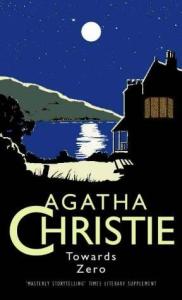 All in all, while Towards Zero isn’t Christie’s most memorable work, it’s still excellent writing and an engaging story.  The red herrings were laid perfectly and the pacing was quite good.  A comfortable 4/5 and definitely recommended.