Home » Book Review » The Secret of Chimneys // by Agatha Christie 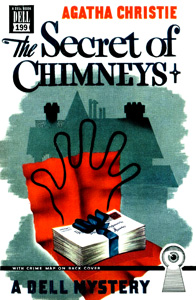 So I think that I neglected to mention, when I reviewed The Man in the Brown Suit last month, that I am embarking on another Christie kick.  A long while back, I was seized with a great desire to read all of Christie’s books.  I started with my favorites, Tommy and Tuppence.  Then I went on to read all of the Hercule Poirot books in published order, which was absolutely brilliant.  Even though they don’t really “build” on each other, I got so much more out of them by reading in order and watching different background characters come in and out.  (I had a very similar experience reading all of P.G. Wodehouse’s Bertie and Jeeves books in published order.)  Miss Marple was next, and now I’m down to the “leftovers” – her miscellaneous books. 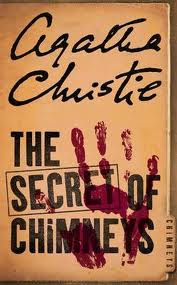 As with the Poirot, Marple, and T&T books, I’ve read many of these before.  But I know that there are definitely several I’ve never read, so that’s exciting.  I also happen to have a great fondness for her “spy” novels (which may be why Tommy and Tuppence’s first appearance in The Secret Adversary is one of my all-time favorite reads).  These are the books that aren’t really cozy mysteries – they lack the motive-based murder and the narrow set of potential murderers.  Instead, they scramble all over the world, with all sorts of overly-dramatic cloak-and-dagger moves.  There are dark, mysterious men, and beautiful  heroines, and it’s all just fabulously great fun, even if it’s completely impractical.  Throughout, Christie’s witty dialogue and snide observations are at their best. 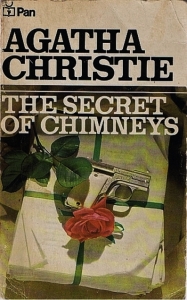 The Secret of Chimneys opens in Africa, where our hero, Anthony Cade, is leading a rather tired tour of British citizens.  Cade runs into an old friend, Jimmy.  Jimmy tells Cade an involved story, the upshot of which is –  he wants Cade to run back to Britain and deliver a few items that have been entrusted to Jimmy: Cade agrees.  Of course, the items end up being of great political importance, and it isn’t long before Cade finds himself entangled with all sorts of questionable characters.  Christie does a great job keeping the waters muddy as to who is on whose team.  Cade is wholly likable, as is our heroine, Virginia Revel: independent and intelligent, but still quite womanly (and not obnoxious). 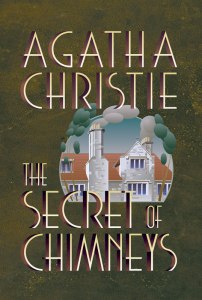 The pacing is excellent, the interactions between the characters is great fun, and even Christie’s caricature characters are still done well.  My only complaint is that she definitely withholds some critical information – Cade knows more than we do throughout – so there’s no real way for us to be able to figure things out, although we can come up with some decent guesses.

Superintendent Battle of Scotland Yard makes his first appearance here – he crops up in a few other books as well.  Intelligent and imaginative – but appearing rather stolid and unexciting – Battle is actually a favorite of mine: a man with good instincts, and whom Christie never leaves out to dry as the fool, which is nice.

All in all, The Secret of Chimneys is a very fun romp, and highly recommended.  4/5.

7 thoughts on “The Secret of Chimneys // by Agatha Christie”