Although this book was not published until 1975, Christie had actually written it years earlier, in the early 1940’s.  And it is every bit as brilliant as the other novels she was writing at the time.

Curtain is the emphatic and definite end to the Poirot books, and it is possibly one of the best series-conclusion books that I have ever read.  It was eerie, disturbing, enthralling, and a perfect mystery.  It is tragic and sad, and not everyone may like Christie’s manner of concluding the long and full career of Hercule Poirot.

This book returns Poirot to the location of his first British mystery, The Mysterious Affair at Styles, and also returns to him his favorite and most faithful of companions, Captain Hastings.

I had never before read Curtain, but I definitely recommend it if you have read some of Poirot’s mysteries before.  It is a fitting climax to an excellent series.  5/5. 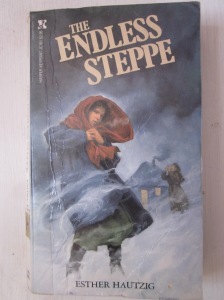 You should read this book.  Today, if possible.

This is the true story of a young Jewish-Polish girl whose family was swept away into Siberia during World War II.  And it is a beautiful tale of family and love and heartbreak and loss and the determination of humans to live and thrive no matter how desperate their circumstances.  In much the same way as To Kill a Mockingbird, this tale of tragedy is somehow made less-so by being told from the perspective of the innocent.  I definitely recommend this read as a fascinating glimpse into a life so different from the one of ease that all of have in comparison.  5/5.

I actually really enjoyed this book.  And I didn’t have very high expectations.  It seems as though most recently-published books that focus on a heroine instead of a hero, especially when the hero is well-known, become more of a treatise on the Independence of Women and the Stupidity of Man.  But Watson has written a book that delves much deeper than that, telling the story of a young woman who becomes determined to direct her own fate, and yet who manages to still love and respect the man whom she has chosen.

This is a story that unwinds better without too much foreknowledge, so simply go read it for yourself and enjoy.  While I prefer some more humor to leaven my fictional reading, this was still a well-crafted tale.  4/5.

The Case of the Fugitive Firebug is actually the second book in a series, but I do not own the first, The Case of the Gone Goose, (and neither does the library).  Still, while there is some continuity between the books of this series, it is rather simple children’s fiction, a step up from Encyclopedia Brown, and it is not too difficult to pick up the story starting here, in the second volume.

Roger Tearle, more commonly known as The Inspector, is a 12-year-old detective, who, with the assistance of his twin sister, Shirley, and best friend, Thumbs, finds himself entangled with mysterious goings-on in the neighborhood.  In this book, Roger becomes the unwilling protector of an accused firebug.  The Inspector doesn’t even like Hazy Milford, but is still convinced of Hazy’s innocence, and determined to find the true culprit of the garage fire Hazy supposedly set.

While the story is not ridiculously dramatic, it is still well-told.  Roger, Shirley, and Thumbs are all fun (if not terribly in-depth) characters, and Roger’s exasperation with Hazy is well-written.  Roger manages to come off as intelligent but not a know-it-all (again, think Encyclopedia Brown).  I love the books from this era, because the children are just that–children–and treat their elders with respect, even when the elders are in the wrong. 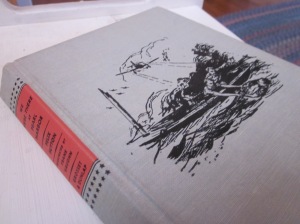 First off, SORRY that it has been so long since I have posted.  Life has been quite crazy.

Second apology…  there is probably going to be just a binge of books, because it’s a beautiful and quiet Sunday afternoon; my husband is gone; and I have no other pressing plans.  So.  If you read my posts on WordPress, you are probably going to get a brief deluge.  Tumblr readers at least get the posts on queue.  ;-)

Unless you were a home schooler, you are probably unfamiliar with the We Were There series.  Published in the 1950’s and 60’s, they are simple books written at around a 5th-grade reading level that place fictional children inside of a real historical event, thus giving the readers a character to whom they can relate.  While in some instances this works very well (events like traveling the Oregon Trail, for instance), in others it seems a bit of a stretch.  Pearl Harbor is an example of the latter.

December 7, 1941, is Mike Morrison’s 14th birthday.  His dad, a Naval Captain stationed at Pearl Harbor, gives him a small sailboat for his birthday.  Mike and his older brother Jeff, a Lieutenant in the Army Air Corps, and the neighbor girl, Mary Jane Fisher (who is a year younger than Mike, and until this particular day, generally regarded a nuisance), all head out to take the new boat for a ride.

And so, they are actually out on the water when the Japanese attack, giving the readers a first-hand view of the event.  Mike, Jeff, and Mary Jane, use Mike’s boat to help rescue soldiers (or sailors I guess?  I’m not very good at military terms) from the water, somehow avoiding death at every turn.  Throughout the rest of the book, Jeff makes his way back to the airport to attempt to attack with one of the view undestroyed planes, while Mary Jane ends up helping the nurses at a makeshift field hospital.  The grandest adventure, however, is left to Mike, who sneaks aboard a rescue mission to help men who have been trapped in a capsized minecraft.  Mike ends up being the only one small enough to fit through the porthole with the diving gear, and so he is able to save the trapped men, leading them to safety.

The next day, Mike and Mary Jane go exploring and capture a Japanese soldier who has washed up on the beach (!!!).

Overall, while this is a fine book, it is definitely one of the more unbelievable additions to this series.  Also, when this book was published, anti-Japanese feelings were still quite strong, and this shows through, as well as the Americans-can-do-no-wrong attitude.  Still, a fun read, especially for younger readers who may relate to Mike and Mary Jane more closely.