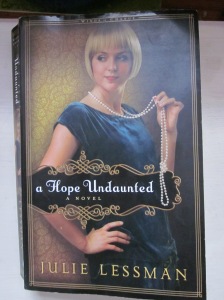 So a while back I was studying the 1920’s and this book was set in the 1920’s, so I thought that I would give a shot.  However, I just now got around to reading it, and let me tell you something: if you want a textbook example of how not to write Christian fiction, this is it.

Sassy Kate is determined to be a strong, independent woman who won’t be held back by an overbearing man like her religious father who is constantly trying to ruin her life by making her follow rules.  When she stays out past curfew with her wimpy, puppy-dog, over-eager-to-be-physical boyfriend, her father punishes her by making her work for the summer as a volunteer for an orphanage organization in Boston.  Except who is charge of said orphanage?  None other than Kate’s childhood nemesis, Luke, who has, of course, grown from a scrawny and obnoxious little boy into an incredibly attractive young man.

And I was going to write more about this plot, but I just don’t even want to relive this story.  IT WAS TERRIBLE.  Suffice to say, Luke goes off and sacrificially marries his friend because she’s pregnant with her ex-boyfriend’s baby because he raped her after they had broken up and Luke marries  her because he feels super guilty because back in the day before he was a Christian he slept with this chick, too, and she got pregnant then (apparently she’s super fertile) but he never knew it and then she started dating the  horrible rape dude and he beat her up and made her miscarry the Luke/chick baby SO even though Luke is desperately in love with Kate (even though she’s incredibly annoying, bossy, obnoxious, and stuck-up) he still marries the chick.

And I really, really hoped that what would happen is that Luke would fall in love with that chick and that they would live happily ever after, because she was way nicer than Kate and she sincerely loved Luke, and while Luke was off being married, Kate started dating this other mutual friend (whose name I can’t remember) and he was really, really nice and I liked him but do you know what?  The chick DIES while she’s giving birth but Kate doesn’t find that out until after she’s already engaged to the other dude, so, of course, in the end, the other dude releases Kate from their engagement (hopefully because he realized that she was a dreadful person) so she can go off and marry Luke and the other dude goes off to fulfill his life dream of being a priest.

In the meantime, throughout the entire book, the author acts as though the turning point is going to be Kate becoming a Christian, except that is just made to sound so shallow and unimportant.  The book is full of innuendo that is just plain embarrassing because it’s ‘Christian’ innuendo so it’s okay (???) and, in the background, all of Kate’s sisters (who were apparently heroines of their own series of books) are still settling into their marriages and all of them are feeling so put-down by their husbands because their husbands refuse to allow them to work so that of course means that their talents are being wasted at home.

So, in summary (if you’re still with me after all that rambling): 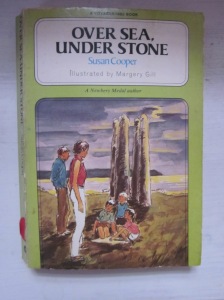 This is the first in a series of Arthurian tales set in modern (well, modern at the time of writing) times.  In this book, we meet the Drew children and, more importantly, their Great-Uncle Merry.  In this book, the children set off on a quest to find the Holy Grail, fighting the powers of darkness along the way.

It is a good book.  The pacing is excellent, the story is gripping, and the characters likable (or unlikable, as the case may be).  However, for  me, there are two kinds of fantasy tales.  The first simply avoid the mention of religion completely (Harry Potter, actually, is an excellent example of this).  The second express disdain and scorn for religious beliefs has just another (and inferior) fantasy.  Unfortunately, Cooper’s stories fall into the latter category.  While it is not as blatant in this first book, I have read the rest of the series in the past, and the concept that, basically, King Arthur is the savior of the world, and Jesus merely an echoing myth of King Arthur, is disturbing.

So while this book is, itself, a 3/5, I would not personally recommend the rest of the series. 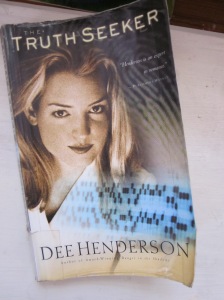 In this third of the O’Malley books, Henderson records the story of Lisa O’Malley, a forensic pathologist who works in Chicago (most of the O’Malleys are centered there) and is very, very good at her job.  Lisa is actually one of my favorites of the siblings.  She has a strong sense of humor and loves animals and her house.  Throughout the story, Lisa is working on cold cases, trying to find new leads using more modern technology that wasn’t available at the time of the crimes.  Meanwhile, her brother Marcus’s partner, Quinn, is also working on a cold case–the murder of his father.

This was an interesting and intense book, but the conclusion felt a bit weak to me.  There was a lot of  build up tying several cases together, but the motive was never completely or adequately explained.  So while it’s still a good story, it’s not as strong as the others in the series.  3/5.